Have you ever found yourself in front of your keyboard trying to finish a sentence, but just couldn’t express how you felt? So you turn to your trusty old friend, the smiley, for assistance. Sure you can show simple emotions like happiness or sadness. But how do you show complex emotions like admiration or gratitude? Well with the help of Pixar animator Matt Jones and UC Berkeley psychologist Dacher Keltner, Facebook is looking to reinvent the emoticon.

“This all began we were looking at the kind of issues people were reporting to Facebook,” Facebook engineer Arturo Bejar tells Popular Science. “The reports had to do with things Facebook didn’t need to act on, but things people should address – what should happen when you say something that’s upsetting to me or put up a photo I didn’t like? ”

Facebook found that when people inserted a little more emotion into their messages asking friends to take down photos, the friend was more likely to respond than just ignore the message. How many times have you had to ask friends to take down an embarrassing photo or a rude comment? Showing them how you feel visually might actually influence them to remove it. 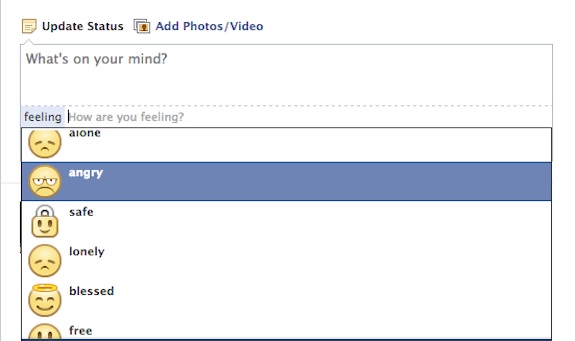 If you’ve logged into Facebook recently, and I’m sure you have, you may have noticed the new faces you can attach to your status updates now. These new Facebook emoticons are thanks to Matt Jones. Currently, Facebook uses 16 of 50 new emoticons and possibly release the rest in the near future. “Facebook was canny enough to realize that traditional emoticons are quite bland,” says Jones. “At Pixar we consider emotional states every day with every drawing we make. Our work is informed by the years of study we do, constantly studying people’s gestures and expressions in real life.”

Dacher Keltner who studies emotions and social interaction, worked with Jones along with a little inspiration from Darwin, to create these new faces. The book ‘The Expression of the Emotions in Man and Animals’, published in the late 1800s by Charles Darwin, explores more than 50 universal emotions. Keltner felt the average everyday emoticon was lacking and had more potential to capture emotion. Sympathy, for example, can be very difficult to get across through an emoticon. “It’s an under-appreciated emotion in Western culture,” Keltner explains. “We now know what it looks like and sounds like because of science. They created this dynamic emoticon that when you see it, it’s really powerful.” 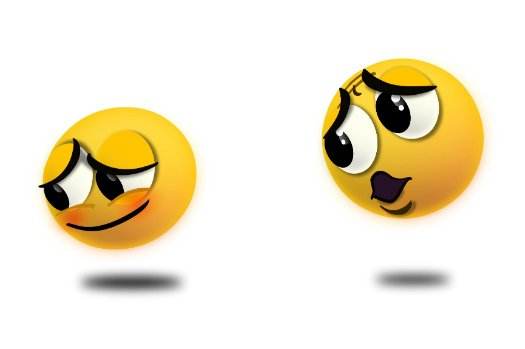 The problem with text alone is that it lacks any sort of emotion.  Many times we misinterpret messages because they don’t come with facial expressions or body language. This presents a huge problem now that social media has become a large part of our lives and how we interact with others. A message the reads “Have a good night” could be a friendly way to end a conversation or it could come across as stern and blunt, after a heated argument. Without any expression or emotion that is gained in an in-person conversation, sometimes the intention of the message can be lost. Personally, even though these newly evolved emoticons might help us express ourselves better over social networking, I’d still prefer to have an old-fashioned one-on-one conversation.