Skip to main content
I recently started a new chapter in my life. I’m newly engaged, I bought a house last winter, my nephew’s started using the potty… I’m looking down the barrel at 29 and I needed to make a change — literally.

For the last decade, I’ve dressed like a teenager, buying clothes a size too big just in case another growth spurt was in the cards. With a dresser full of jeans, my new chapter would start at RW & CO, where I’d buy my first pair of suit pants.

There’s Kyle making big moves. Suit pants today, C-suite tomorrow. That was the idea…until I returned my new slacks the next day.

What did I learn? I learned suit pants are stupid. They have no pocket space and they whoosh when you walk. Where’s the utility? Where’s the durability?

It didn’t take long for me to realize I’d forever be uncomfortable in suit pants. In fact, I knew it the second I saw the store. I’m not a suit guy. I don’t have the car, the paycheck, or the lavish lifestyle to be a suit guy. From the moment I bought those pants, I was an impostor.

What is Impostor Syndrome?

“Impostor Phenomenon”, now known as “Impostor Syndrome” is defined as a false and sometimes crippling belief that one’s successes are the product of luck or fraud rather than skill. Remember when you started that new job and you couldn’t shake the feeling that you were the hiring manager’s second choice? Or the time you felt under-qualified compared to your coworkers? You’ve spent entire meetings thinking, “Shit! Say something so you don’t look like an idiot! Shit! You still haven’t said anything! Shit! The meetings over — you ARE an idiot!

We all get Impostor Syndrome

Sure, “syndrome” can make it sound like a sickness, but it’s far from a mental illness. It affects men and women the same, regardless of age, ethnicity, height, weight, shoe size, or … get this … income, job, designation, follower count, etc.

That’s why Impostor Syndrome is so messed up. It doesn’t matter how many awards you win, how much money you make, or how many start-ups you up-start. Impostor Syndrome can make success feel like your first pair of suit pants — one wrong move and you’re falling out ass-first.

Supposedly, the seeds of Imposter Syndrome are planted during childhood. According to theories, it stems from the early recognition that we aren’t the same as our parents. I’m not talking about my mom’s tan versus my third-degree sunburn, I’m talking about her ability to drive a car while I was rolling on training wheels. She picked out furniture while I picked my nose. Our parents are the first image of success and capability we’re exposed to, and as kids, we recognize we’re nothing like them. As a result, we grow up in a panic, wondering how the hell we’re supposed to be successful and capable, too.

Seriously, everyone gets it

Dr. Pauline Rose Clance, a clinical psychologist, coined the term “imposter phenomenon” after her experience working as a college therapist. Student after student came to her with feelings of insecurity, believing they weren’t smart enough to be enrolled despite having good grades. To them, their success was an accident based on luck.

If it were just students, you could blame social media or Adderall, but it’s not. It’s everyone. From right-brainers like Tom Hanks and Maya Angelou to left-brainers like billionaire Sheryl Sandberg and Starbucks CEO Howard Schultz, everyone has their bouts. Shit, even Dr. Pauline experiences it. What chance do I have?

Taking the good with the bad

Now before you go freaking out, there’s a silver lining. While crippling self-doubt and insecurity are never fun, they can lead to positive reactions.

When I started at Stryve, my internal dialogue was, “they’re gonna find out I suck” played on repeat. Obviously, that’s not the definition of motivating, but it pushed me to do homework and take online courses to nail down the things I wasn’t sure of. The voice in my head was wrong, but I acknowledged it proactively and developed good habits as a result.

Try viewing your paranoia as constructive criticism. What can you learn from it? How can it make you better?

Ways to fight it

While Imposter Syndrome has no cure, there are ways to fight it and keep it in check. Here are a few strategies:

Remember your journey
People don’t go from summer intern to CEO overnight. Like most things, you progress through steps or checkpoints. You go from intern to full-time, then you get a promotion, then a senior role opens up and you nail the interview. As you climb the ladder, you’re vetted at every floor. Sure, maybe you got lucky once or twice, but three times? Five times? It’s not realistic.

It’s your job to seize opportunity, not to question those presenting them. You can doubt your own ability all day, but who are you to question the judgement of those who have qualified you?

Read your own headlines
Even the most disorganized and illegitimate companies will provide you with feedback at some point. Whether it’s a formal review or a literal pat on the back, hold onto that positive reinforcement and revisit it when the doubt creeps in.

Even the best shooters go cold from time to time. When it feels like you keep missing, remind yourself of the shots you’ve made.

Put yourself on home court
When you’re facing Imposter Syndrome, try to mentally put yourself in a space where you’re confident — your home court. Sitting in a fancy boardroom talking to execs on the top floor? Instead of the boardroom, imagine you’re sitting in your living room and everyone else is a guest. Imagine you’re at your favourite bar where you’re a regular and everyone else is some random.

It’s natural to get anxious in an unfamiliar space. Try to get yourself into a frame of mind where you’re the one who’s at home.

Talk about it
We know ourselves from the inside while we know everyone else from the outside. We don’t know what others are feeling, we just see what they’re doing. Because of this, it’s easy to fall into the belief that everyone is comfortable and you’re alone in your insecurity. The more we talk openly about these doubts, the less influence they have. By being open about your Impostor Syndrome, you could be relieving someone else’s.

Catch Me If You Can

Catch Me If You Can is the greatest answer to Imposter Syndrome, as it tells the true story of someone who achieved real success as a total imposter. If none of these tips or coping mechanisms work and you can’t shake the feeling of being a fraud, I say let it ride! Be an imposter! Fool everyone! Put on the performance of a lifetime and keep it going.

One of the best scenes in CMIYC is when detective Tom Hanks has Leo cornered in his hotel bathroom. Instead of Leo giving himself up, he busts out of the washroom posing as a Secret Service agent and tells Tom that the real Leo escaped — which eventually, he does.

In this scene, Leo doesn’t just take his farce to another level, he weaponizes Tom’s self-doubt and uses it against him. He assumes the position as Tom’s superior and makes him question himself. The voice in Tom’s head was probably something like, “If the Secret Service is looking for this guy, I’m in over my head. No wonder I screwed this up…”

Remember, everyone gets Impostor Syndrome. We’re all afraid of getting caught. Recognize the opportunity to be better, try to overcome it, and if you can’t, fake it till you make it. 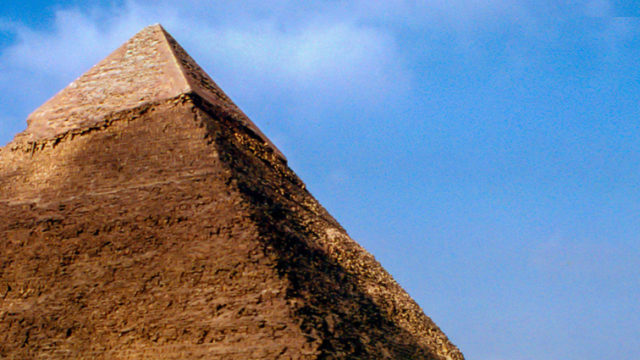 The Don’t-Get-Fired Pyramid: A system for success for new hires

How can you guarantee success starting in a new role? Introducing the Dont Get Fired Pyramid, your road map... 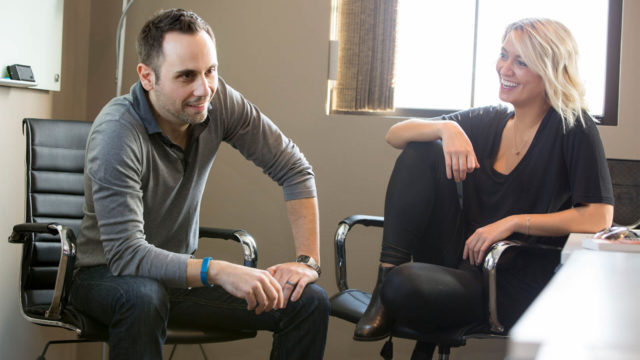 When Google was picking apart psychological safety, they consulted with a Harvard organizational behavioural scientist. She suggested asking employees how...