The Toronto Raptors have reached the Eastern Conference Finals for the first time in franchise history and the team has parlayed their success to the social media space boasting a social media follower growth rate in 2015-2016 that is among the top 5 in the NBA.

The Raptors social media popularity is not an overnight success story; it’s the product of a very well-thought-out creative campaign centered around the #WeTheNorth concept.

Here are 3 smart things the Raptors’ marketing department and their creative agency Sid Lee did in order to set themselves up for social media success.

Sid Lee explains in their 2015 Cassie submission that Raptors fans “are well-connected, savvy Millennials who have a deep-seated need to belong”. Paradoxically, Raptors’ fans are comfortable describing themselves as “outsiders” as well, since the Raptors are the only Canadian NBA team. Being based in Toronto, the team is often overlooked since basketball has been considered a third-tier sport behind hockey and baseball.

#2 – Knew what made the Raptors different

Sid Lee explains “(The Toronto Raptors have) been picked on because we’re from the Great White North. We’ve been told that we play a different game by pundits, told we’re no good by diehard NBA fans, and told we’re not American enough by players.”

Rather than trying to change to fit in, the Raptors embraced their differences and made it the identity of the We the North Campaign.

#3 – Delivered a simple and powerful message

Jeremiah McNama, a senior writer in 2013 at Sid Lee, was part of the team that developed We the North. “We knew we wanted to play around the idea of being an outsider,” said McNama. “It just had a vibe to it, like ‘we the people’ in the constitution”.

The slogan acts as a battle cry to bring Canadians together around the team. 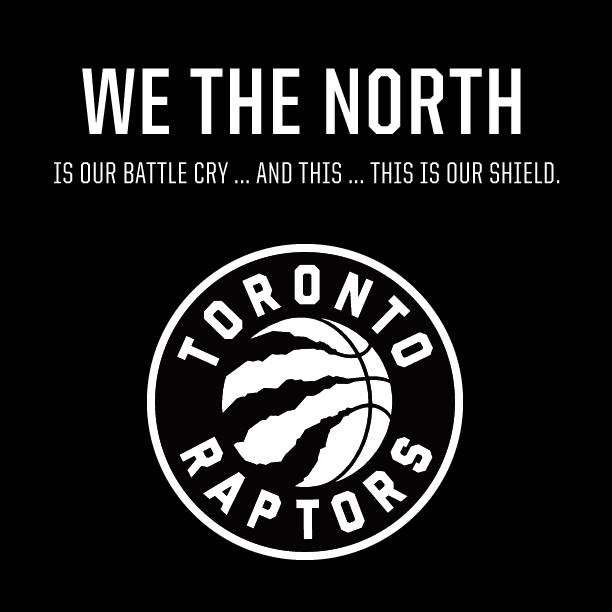 The We the North campaign has translated to social media success and ticket sales.

During the We the North campaign, the Raptors saw these increases in their social media following and engagement:

The #WeTheNorth video became the most-viewed video on the Raptors’ YouTube channel with +750,000 views.

Note: Increases are measured versus the 2013-2014 regular-season statistics

Whether you’re a large brand planning your next viral campaign or a small restaurant launching a new website, it’s important to know your target market, know how your brand is different, and then distill your message into something that is simple and impactful.