Last week a few of us Stryvers headed to Toronto to attend Canada’s largest annual design conference, DesignThinkers 2019. In case you’re unfamiliar with the event, the goal is to connect creative professionals from around the world to discuss new ideas, trends, strategies, and processes that drive design and its influence on business, culture, and social innovation. It’s been going on for 20 years and it’s kind of a big deal to us designers!

We spent the day getting inspired by the conference’s trendy brutalism branding, the displayed student awards, vendors’ booths, and the several presentations we were lucky enough to see. While we enjoyed and learned from all six speakers we listened to, some of them stuck out to us more than others.

In our opinion, these were the best presentations we saw at the conference. 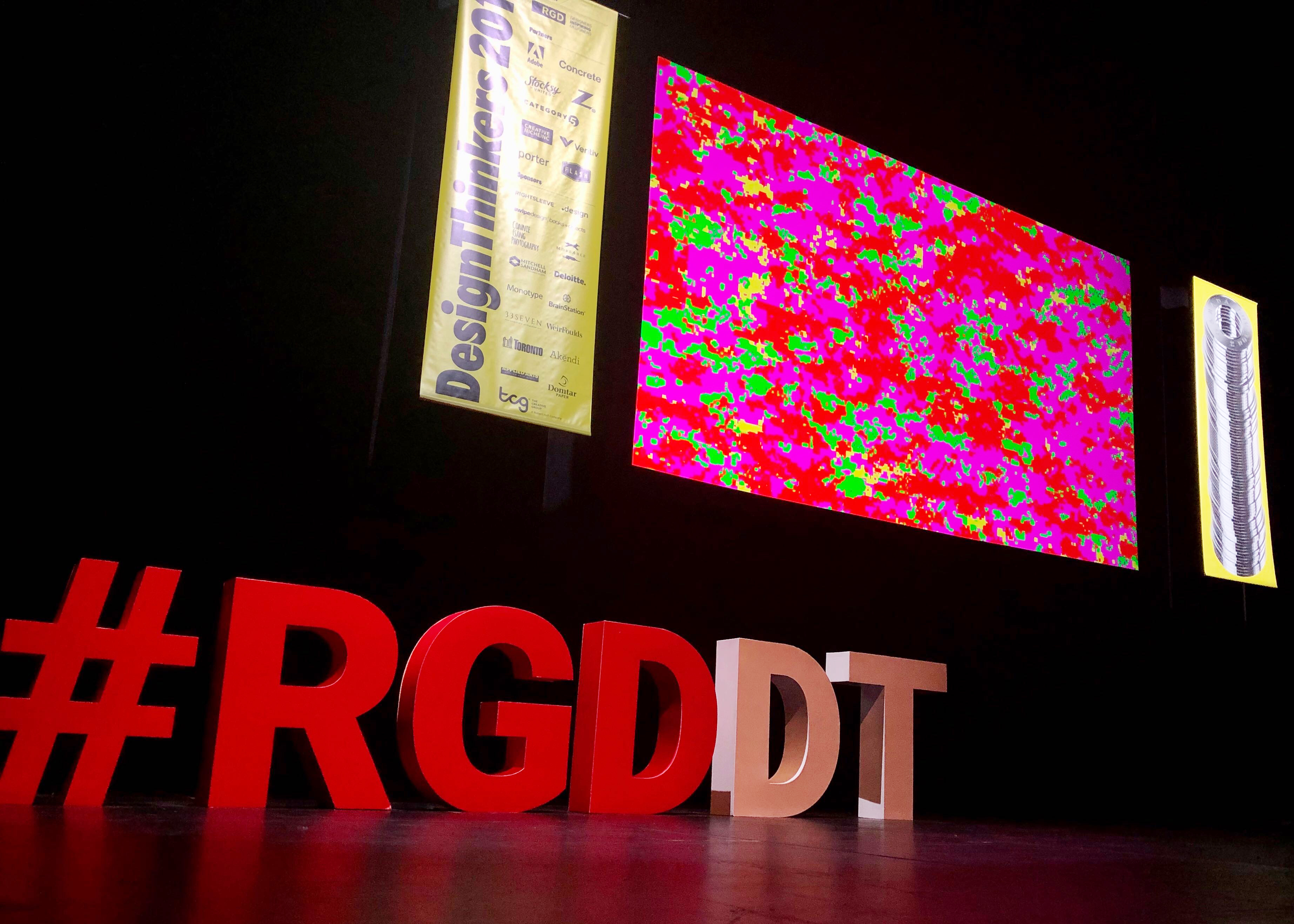 “I feel bad for designers” Meena Kothandarman, an Experience Strategist at Twig+fish, announced during her presentation about how qualitative research can inspire designers. She explained that her empathy came from seeing designers get work thrown at them without any context, yet were still expected to create something outstanding. After the room cheered in agreement, she went in-depth on how this process could change through the use of research. No, this research wouldn’t be tasked to the designer, but by trained researchers who naturally seek to learn and understand, while designers instinctively look to create and think. Meena talked about how this research could help inspire designers by anchoring them to a human story because people inspire people.

An example she used to support this idea was from a case study for Duolingo, one of the most downloaded language learning apps. As a brand, they wanted to uncover why the app’s most downloaded language in Sweden was Swedish. Their first assumption was because it was ‘fun’, but when they dug deeper, they discovered it is was mainly used by migrant people who literally needed it to survive. When we’re exposed to this type of information, we gain a better understanding of how and why people make decisions, which influences our own decisions as designers. 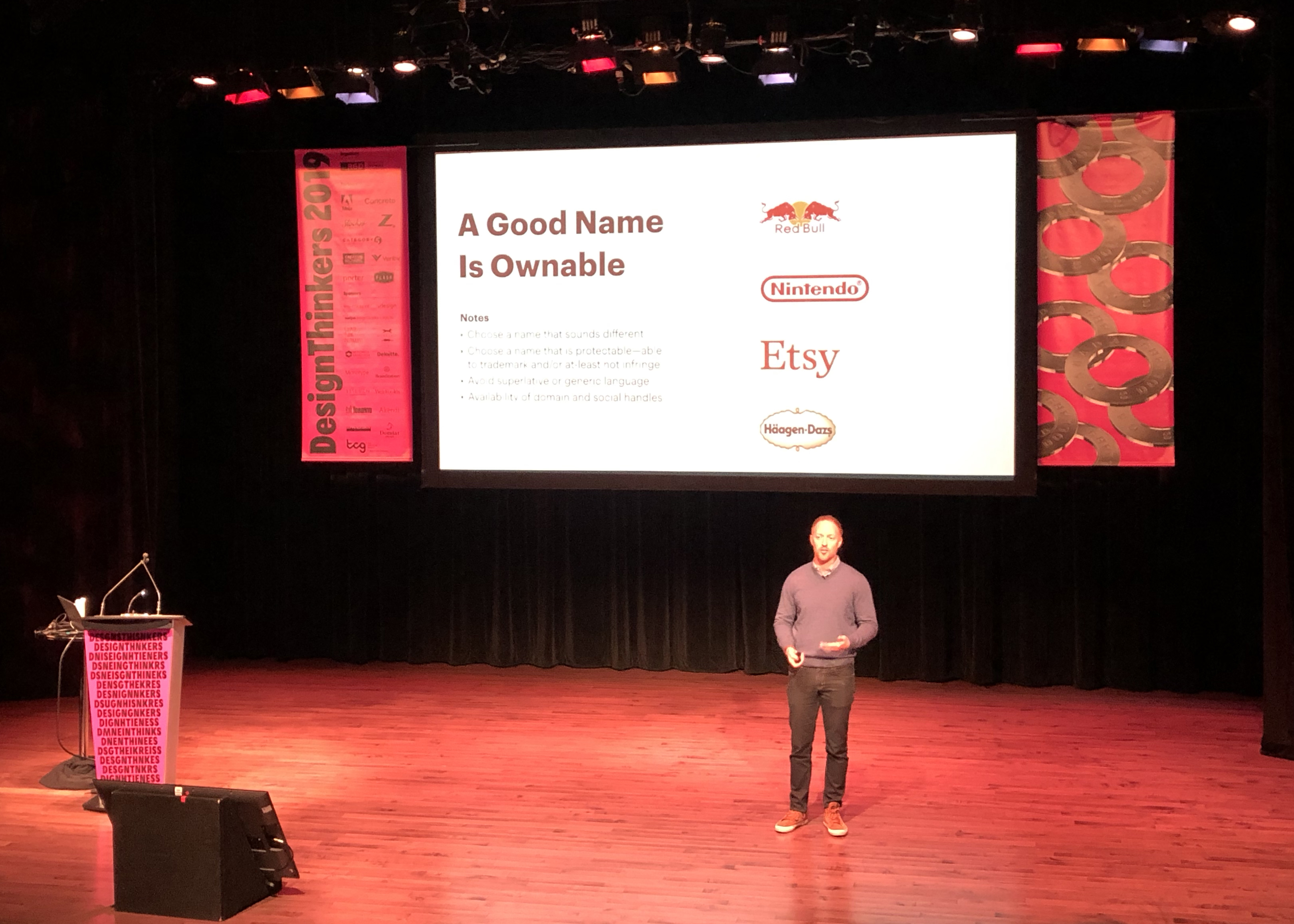 Blake Howard, Co-founder and Creative Director at Matchstic, discussed his philosophy and process for coming up with a successful brand name. He started his presentation off with some humour by showing a series of logos with unfortunate names (sorry AnalTech), demonstrating why naming a company requires serious thought and research. Through a fun game of ‘guess who used to be called…’ we found out Amazon’s original name was “Cadabra” (as in “abracadabra”), but was too hard to say or remember. From there, Blake went on to teach how and why a good brand name needs to be meaningful yet easy to explain, understand, pronounce, spell, and remember.

Equipped with the knowledge and insights we would need to create our own successful brand names, Blake left us with some words of encouragement:

“No matter what you come up with, it will always be better than AnalTech.”

How to Run a Healthy Design Team

Through this presentation, Adobe’s Senior Director of Design and Digital Media, Eric Snowden, explained how he manages a design team effectively without compromising culture or talent. A few key takeaways from his speech were that a healthy team starts at hiring and we must be realistic about staff requirements and avoid assuming one’s level of competence. From there, we need to set people up for success by giving thought-out direction and guidance, while fighting the urge to micromanage or do things ourselves. Trusting your team to make their own decisions will go a long way.

Eric explained how comparing team members to each other puts team morale at risk. Instead of doing this, managers should recognize that everyone has their own strengths and goals by outlining “career ladders”, characterized by where individuals want to take their careers.

Overall, Eric’s presentation was great for designers and anyone else working in a creative environment. In the end, we learned that a great leader is someone who looks at the big picture and does their best to put team members in a position to succeed. 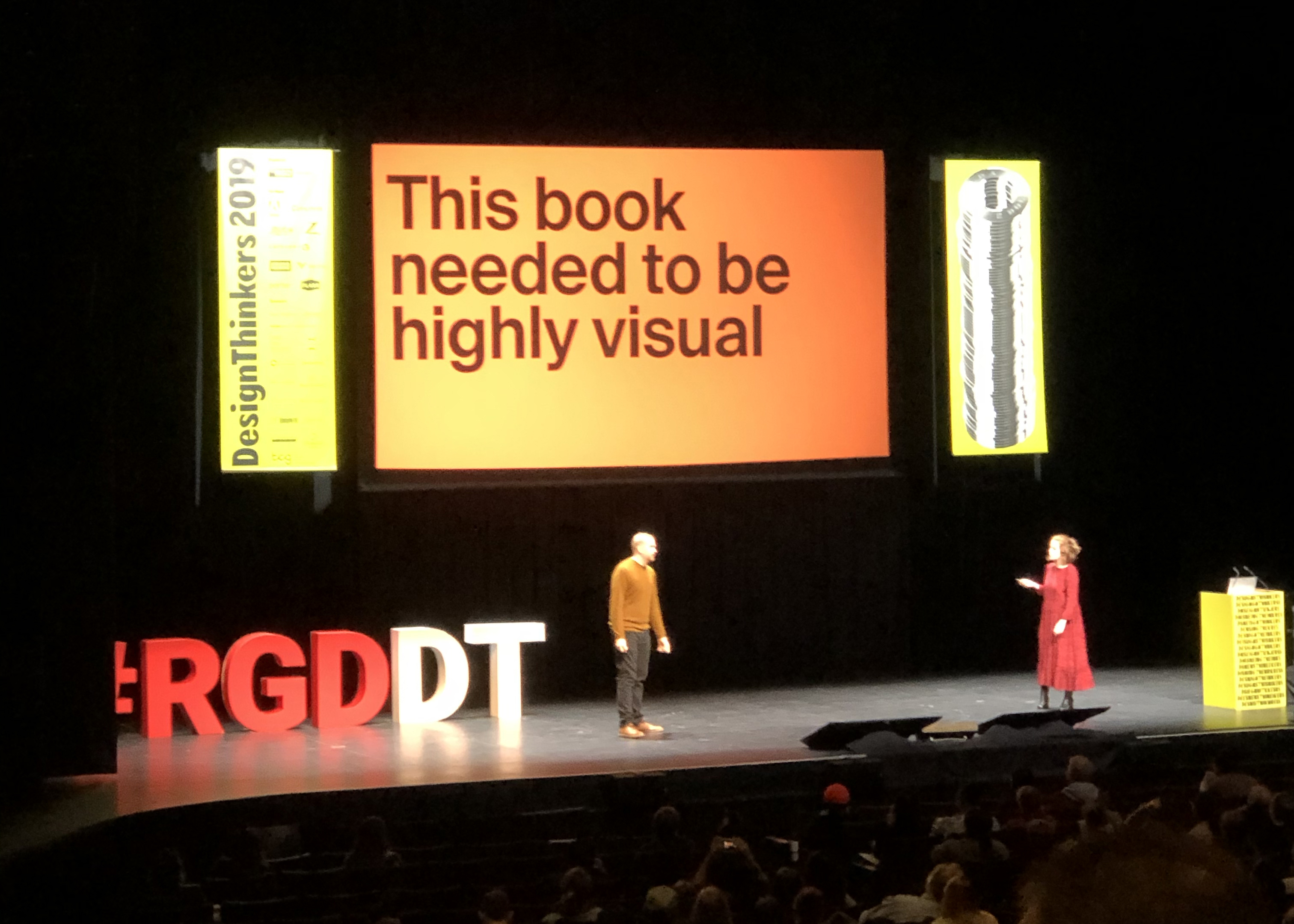 Michael and Kaila Jacques gave one of the most heartwarming and inspirational presentations of the day. Michael is a young adult with autism and an intellectual disability who wrote his own autobiography— even though he can’t read or write. They told the story of how the book came to be, recounting the day Michaels’s sister, Kaila, stumbled upon Michael’s writing on his iPad. Using the speech-to-text function, Michael had been secretly putting his life story into words. Kaila, a Creative Director at RallyRally, saw potential in the content and asked family friends who were editors and illustrators to help produce a book that amplified his journey through the power of design!

Overall, we had a great time at DesignThinkers 2019. Not only did we learn a lot, but we also left the conference feeling inspired and motivated to put these new insights into practice. It was amazing being surrounded by so many like-minded people who deal with the same experiences and challenges as we do each day. What we learned from the conference will no doubt improve our work and processes at Stryve and we’re already excited to see what DesignThinkers has in store for next year.

Grace loves staying up-to-date on the latest trends in art and technology. When she's not at her desk, you can probably find her binge-watching bad reality tv, painting, or snapping pictures of her pets. She's also on a mission to find the best local ice cream shop!

What’s the difference between UX and UI design?

The importance of art and design during a global pandemic