The last few decades have belonged to a certain kind of person with a certain kind of mind — computer programmers who could crank code, lawyers who could craft contracts, MBAs who could crunch numbers. But the keys of the kingdom are changing hands. The future belongs to a very different kind of person with a very different kind of mind — creators and empathizers, pattern recognizers and meaning makers. These people — artists, inventors, designers, storytellers, caregivers, consolers, big-picture thinkers — will now reap society’s richest rewards and share its greatest joys. – Daniel Pink – A Whole New Mind.

The future belongs to creators. The founders, producers, designers, writers, and artists. The product designers, team builders, and entrepreneurs. You know, the people that actually do shit, not just move money or papers around. Really, who wants to hire an expensive paper-pusher, adept at organizing pointless meetings when you could replace them with software? Who wants to pay an investment advisor when you could just use an algorithm? And who in their right mind wants to pay six figures for an MBA that’s become increasingly useless in our economy?

Creating and making things is hard work. Turning ideas into action is difficult. And creatives don’t need to worry about robot replacements…yet.

What Happened to the Creators?

Here’s the dirty little secret: look around and you’ll notice most of us don’t really create anything except more work for each other. We’ve become a society of meeting organizers, planners, and middlemen. We love talking about big strategic plans, but how often do they result in any real action?

And don’t get me started on influencers, wanna-be Instagram stars, LinkedIn sales coaches, and evangelists. Get ’em outta here. North America wasn’t built by influencers, it was built by hard-working dreamers that made shit happen.

Kitchener-Waterloo has a vibrant community of creatives hidden below the surface. I’ve seen it. There’s serious talent here. From photographers to artists to designers and musicians, this community is ready to explode with creativity, but it’s not valued as much as it should be. Say what you want about tech, the truth is we’re a community built by insurance and education.

Time and time again, creators are asked to work for very little or free. This needs to change. 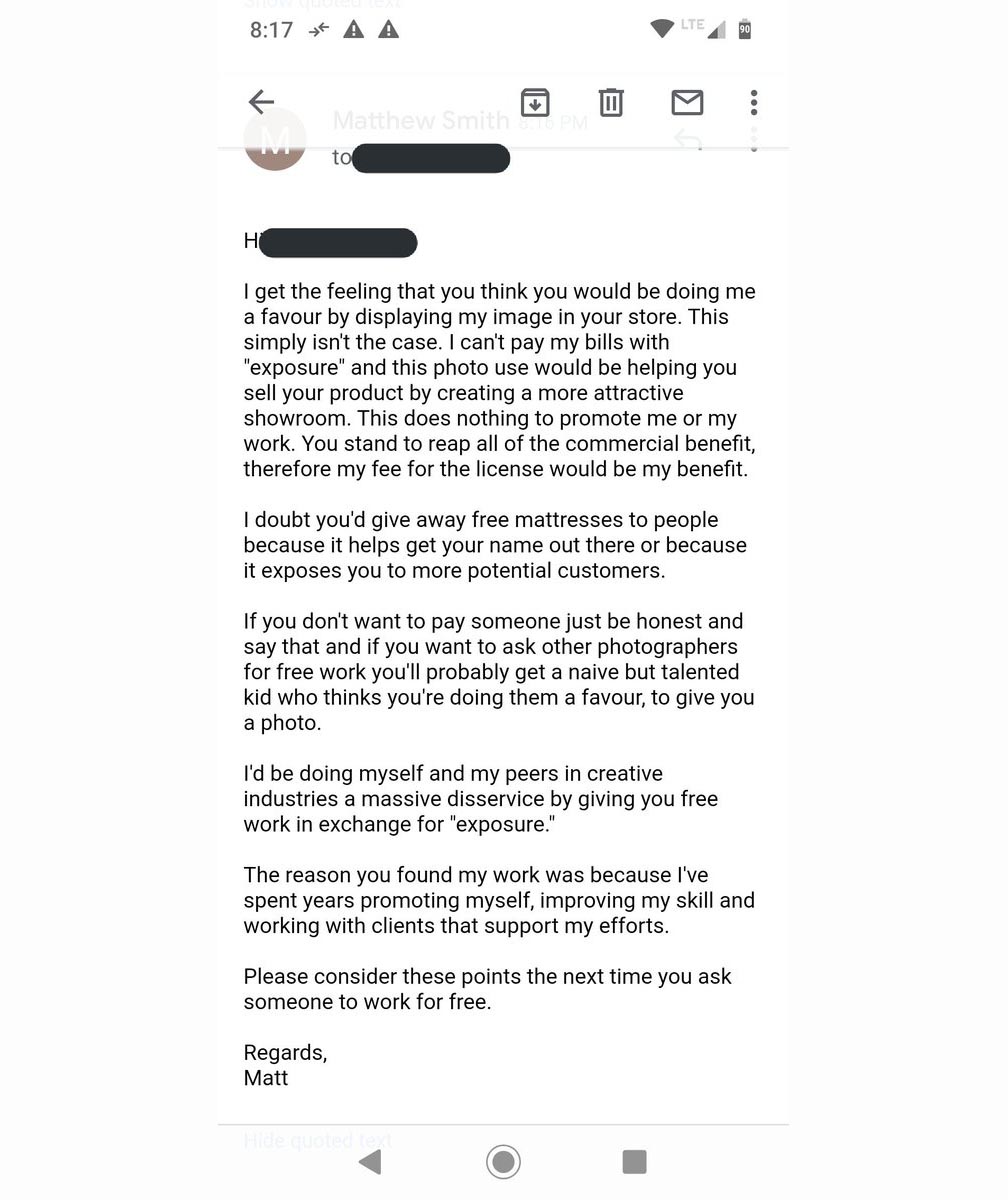 But hey, it’s time to stop complaining. Insurance, education, and tech have served us well. It’s easy to talk about what it’s like in other countries or cities, it’s much harder to actually do something about it. It’s time to be the change and I have a completely unoriginal idea that could play a role in helping our community unleash its creative ethos.

Before I get started, this idea is still in its nascent phase and I want your feedback. I became inspired by The Creator Class, an organization in Toronto that provides local creatives with the space, community, and resources to do their best work. While I’m planning on learning a bit more about their model, their work has got me thinking.

What if we built a true creative community in town that provided members with the space, equipment, pipeline, and collaboration opportunities to do great work? The space would include production space for video, audio, and photography as well as equipment access for members. Something like a content studio that could be available to individual members, freelancers, and corporate members. It could also include sound mixing and post-production editing technology that typically would be too expensive for most freelancers or startup companies.

Why is it called the Creator Catalyst? Because we would build it at Catalyst137 of course…I’m already working on it 😉

Ok, I Still Don’t Get It. Is This a Co-Working Space or Something?

It could be. Let’s run through an example. Say Joan Fontaine, an aspiring video producer, is just starting out her career. She needs somewhere to work and could use some space to produce her corporate videos. For a monthly fee, Joan would get a desk and exclusive access to video equipment and production space for her projects. Plus, she’ll get to work and collaborate with other creatives in parallel fields such as design or audio production.

Further to that, Jane Fontaine would get exclusive access to freelance projects as they become available. Not a bad start.

In addition to these core members, Creative Catalyst would have community members who could access equipment, space, and events to help subsidize the space. For example, a marketing manager at XYZ company may want the opportunity to work in the space to produce content as needed, without incurring the high cost of equipment.

And Creative Events of Course

With enough members, we could pull in successful creators from across the globe to share their creative stories and give workshops. Furthermore, we could hold member-driven events like art exhibits, competitions, and more, to get the community juiced-up creatively.

What Would You Want in a Space?

I’d love to hear your feedback on this idea. In the next few weeks, we’ll be checking out content studios in Toronto and beyond to scope out potential space and equipment requirements. I’d love to know if any creatives in town are looking for anything in particular, whether it be a podcast studio, key video equipment, photography space, etc. Are you creative? What would you like to see in a content studio? More importantly, how would you like to be involved?

If things progress, I’d love to put together a creative committee to help define the space and spread the word. Pop me a line if you’re interested.

It’s time to get out of that coffee shop and into a creative space. It’s time to elevate KW’s creative class.

How you can create boatloads of content with little time investment