Congratulations, you’ve made it through the year. With all the work behind you, the holidays are here for you to recuperate and recharge so you can hit hard in the new year.

For those of us who have to travel to the four corners of the world for different commitments, the holidays can feel just as busy as the workweek. But for the rest of us who stay put, there’s only so much chitchatting you can do with your uncle. There’s only so much Netflix you can binge and there’s only so many gingerbread houses you can make and inevitably throw out. With all the downtime, many of us look in the mirror and realize we’re workaholics who have a real problem on our hands: How can we stay occupied and keep our brains sharp between the massive feasts and the countdown kiss?

We got the team together to share ideas on how we recharge while still keeping that fire alive. You better believe we’re going to do these and come back ready to take the new year by storm.

Get a puzzle game on your phone

If you need to check out from the festivities for some quiet time, a puzzle game is a great distraction that doesn’t melt away your brain cells. If people are giving you a hard time, tell them that playing puzzle games is actually good for you! Back in 2014 I wrote about some of my favourite puzzle games at the time, and then followed up the next year with more.

It’s possible none of those games exist anymore, so I have some new suggestions. I just finished Monument Valley and its sequel and would highly recommend them. They’re beautiful to look at and the mind-bending geometry is a good way to stretch those thinkin’ muscles.

Do an old fashioned puzzle

Get the gang together. It’s time to be social. Puzzles are low-stress and can incorporate teamwork. They’re not mentally taxing, but they keep the gears turning and have been given the Bill Gates seal of approval. We’ve been on a serious puzzle binge at the office lately, turning to puzzles for when we need a mental break but don’t want to completely power down our brains.

Teach yourself something new

I’m going to “OK Boomer” myself in advance because I know it’s coming, but I’m a big fan of knitting and crochet. They take practice and patience but ultimately aren’t too taxing on a normally dextrous person. They’ve also been shown to reduce anxiety! 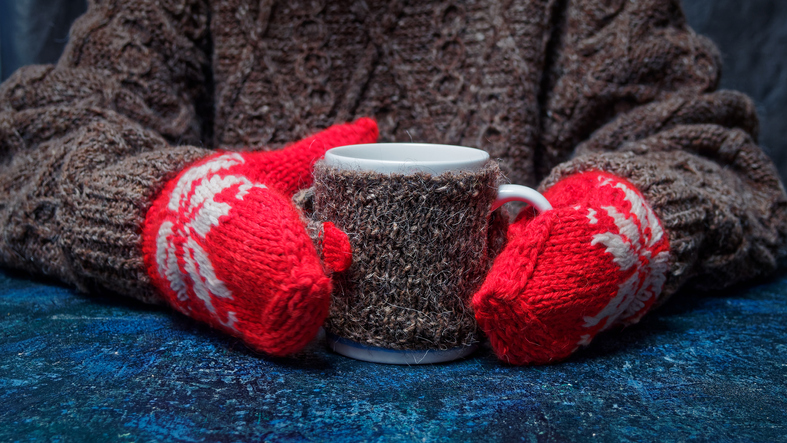 But maybe knitting isn’t your cup of tea? If that’s the case, you could try your hand at Klingon (or any other language) on something like Duolingo. Maybe push this idea further and take on a computer language by learning to code with a free tool like Codecademy. This could be the first step in adding something new to your stack.

I have been known to frequently push documentaries and docuseries on my coworkers, so now it’s your turn. If you want to zone out with streaming, at least sprinkle in some stuff that will make you think. Some of our team’s recommendations are:

Just do something outside your norm

If you’re generally a hyper person, consider something like meditation with the Headspace app. If you’re pretty mellow, bundle up and go for a hike. Neither of those sound appealing? Just do something silly like write a friend a letter with your non-dominant hand or draw a picture upside down. New activities — even driving a completely different route to your grandma’s house — will spark activity in the brain and keep you from mentally hibernating this holiday season.

Whatever you do, whether you’re a workaholic or not, I hope you enjoy the holidays. See you in 2020!

Become a better marketer with Bill Nye, Pharrell, and MasterClass

Everything you wanted to know about a career in digital marketing

Learning how to fail with Elon Musk and SpaceX