Here at Stryve, we take men’s health awareness seriously–after all, three-fifths of our company depends on it! 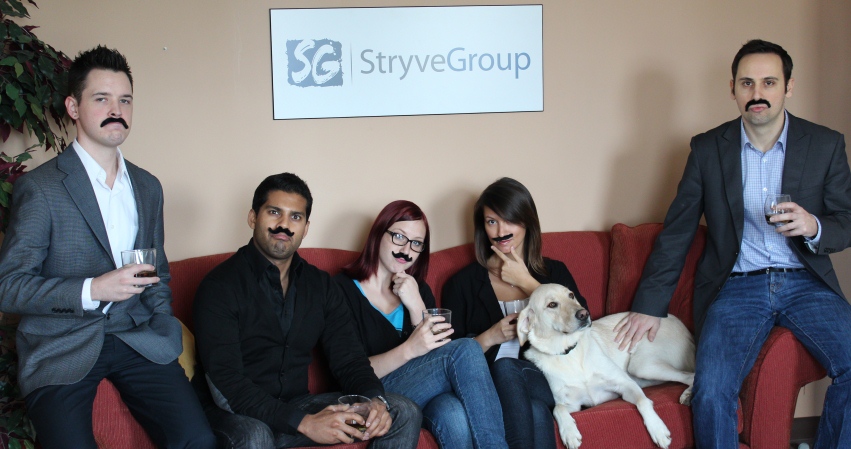 The month of Movember (formerly known as November) is that special time of year when the selfless Mo Bros of the world ditch their razors for 30 days in an attempt to grow the gnarliest looking ‘stache possible. “Why do they inflict this on their girlfriends and wives (Mo Sistas)”, you may ask?  Because nothing breaks the ice and sparks a conversation better than a dirty moustache.  The topic of conversation? Men’s health–specifically prostate cancer and male mental health initiatives.

These moustaches are walking, talking billboards for the cause.  In 2011, over 854,000 Mo Bros and Mo Sistas around the world got on board, raising an impressive $125.7 million CAD for men’s health charities in Australia, New Zealand, the US, Canada, the UK, Ireland, South Africa, Netherlands, Norway, Denmark, Finland, Belgium, Czech Republic, and Spain.

And at the heart of it all?  Social media.  The campaign relies heavily on word-of-mouth and in the pre-Facebook-and-Twitter days, this generally took the form of one-on-one conversations and lots of emails.  In the video below, founder Adam Garone sits down with Mashable’s Dave Lerner and explains that with the acceptance of social media in the last two years, “the personal amplification that these guys have has just accelerated exponentially”.

Adam and Dave aren’t the only ones having a conversation about Movember.  Radian6 took a look at the nearly 1 million Movember-focused social media conversations that took place during last year’s campaign and this is what they found:

Feeling totally MO-tivated to join in the FUN-draising?  Check out Mashable‘s Moustache Style Guide below to make the MO-st of your new look:

Chloe was Stryve's first hire. That doesn't make her old or uncool though. She loves cooking, bingeing Law & Order SVU, and waking up early on weekends. Again, not old or uncool, right?